Which slang does your community use for the police? There are many different names used to refer to police officers, such as "Pigs," "cops," "buzzkill," "five-o," and others. Probably you wonder the reasons that people address policemen 12. "12" is a slang name whose popularity is on the rise currently. This name is used mostly by criminals or people to warn those indulging in crime or illegal activity that police officers are on their way. Although the term 12 is a police radio call code, urban slang has changed it into a warning phrase.

There are various reasons why cops get referred to as 12. Below are the reasons why.

The abbreviation DEA refers to The Drug Enforcement Administration. Cops get referred to as 12 which mean drug enforcement officers, especially the narcotics officers. The slang 12 is most used by drug smugglers to warn their clients or fellow peddlers of approaching police officers. For example, in a Rap song by Migos, you will hear them says "throw that shit, throw that shit 12 outside." The lyrics mean throw away the drugs because police officers or the DEA officers are outside. 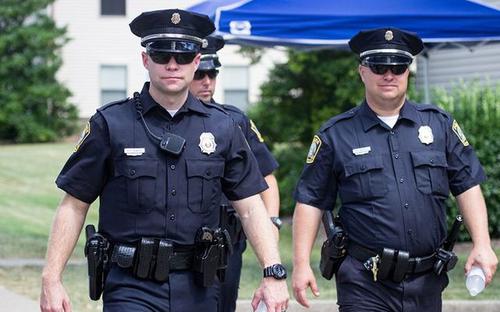 On legit grounds regarding the reasons people address policemen 12, 12 comes from a police code "10-12." Police officers use this code on their radio scanner calls as a discreet reference to fellow officers. For example, if some police officer who is out on patrol is called and hears the term 12, he or she will know that's a "Warning: there are bad guys, probably suspects, within that very area." Those people who came up with the term 12 might have based it on this 10-12 code.

The term 12 in connection to a police officer was first used in a television show in the 1960s and 1970s. The show itself was known as Adam-12. It was based on a police drama storyline that featured how the Los Angeles Police Department (LAPD) carried out their daily activities.

The TV show police duo carried out their daily patrols on the streets of Los Angeles in a police unit they referred to as 1-Adam-12. This TV show became the first drama series to incorporate police jargon and procedures. From the first day the show got aired in September 1968, until it finished in May 1975, they never knew their best intentions to show how Los Angeles police department worked would give birth to some slang name. A name that would be used to warn criminals so they can run away from police officers.

Other Slang Words for Police Officers

Every country, every city, and area use nicknames for law enforcers. Do not wonder the reasons people address policemen 12; there are other slang names which are rude, but the 12 slang is just a nickname. Below are some other nicknames and their source.

1. Slang names from cartoons and television

The Five-O name came from a famous detective TV show called "Hawaii Five-O." This program starred Jack Lord who went by the name of Steve McGarrett. Since then, travelers began to use the Five-O name to warn fellow drivers or travelers against speeding traps. The warning went as "watch out for Five-O." Five-O was used to refer to police officers; today's traffic police.

"Smokey" was used in a movie by the name "Smokey and the Bandit." This movie was used to popularize speed traps and speed watches among motorists. In the movie itself, Smokey slang was used to refer to a police officer.

As you get concerned about why do people call police 12, there are other names like "Dick." A cartoon by the name Dick Tracy gave birth to this slang. The slang Dick was derived from this cartoon title character, the detective.

Typically, citizens' daily conversations can come up with slang names too. For example:

This is among the rude, negative and uncalled for slang which was used in the 19th century. It did refer to police officers and was also used in the 20th century.

The Man slang was developed in the 1960s and 1970s. At that time, police officers were referred and seen as the only dominant group that was out to suppress activities of those times.

Regardless of any question or wonder the reasons why people call police 12, they remain an integral part of the community. Police officers deserve to be respected and supported. Some slang terms are never right; some even do hurting their feelings. They are human beings remember! But with all that is said and done, some slang can be fun to mention rather than the long official names.

RELATED
← How to Cook a Perfect Steak in Your Oven? Try These Tips! Ways to Remove Sebaceous Filaments and Keep Your Skin Smooth →
SHARE