Among the world histories to be documented the most is World War 1 abbreviated as WW1. WW1 was fought by two sides comprising of world superpower nations of that time. WW1 began on July 28, 1914, after the cold-blooded assassination of the heir to Australia throne Archduke Franz and his wife at Sarajevo in Bosnia, and ended in 1918 on 11th November. This war left around 21 million soldiers injured and about 20 million dead. The war ended after the Central powers were defeated. The war destroyed and destabilized several nations and laid the foundations for the grievances which led indirectly to the Second World War.

Although the assassination of Archduke Ferdinand and his wife by Gavrilo Princip (a Bosnian Revolutionist) was considered the trigger of WW1, there were other deep-rooted causes of World War 1. Below are those main causes. 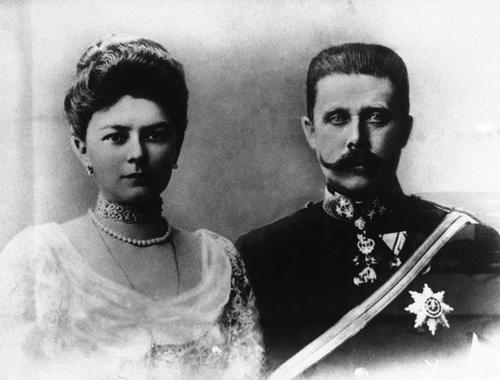 During the age of imperialism, countries across all over Europe made treaties also known as alliances. The main reason for the agreements was nations which were in an alliance membership would help each other in case a country from the other rival alliance attacked one of their own. Two alliances got formed:

The main rivalries were between Germany and France due to the mineral area of Alsace, Austria, and Russia over the southern region of the Balkans, and Germany and Britain due to mutual interest and competition over economic power. When the Archduke's assassination happened, it sparked all their hatred and rivalry thus, leading to the outbreak of war.

Imperialism is a situation where one nation extends their authority to a new country or region that is outside its boundary. After the Berlin conference of 1884-1885, France and Britain got the biggest share of Africa, an action that angered Germany and other European nations. Before that treaty, countries competed to extend their rule to all the five continents. This was to help in sourcing for raw materials, the market for processed goods, and supply for a workforce towards the rise of industrialism. Germany was not happy at having been excluded from these benefits, and when an opening came to get payback, they were very ready to take it. Thus, WW1 sparked up.

Militarism was the high profiling and strengthening and arming of military forces. Among all the causes of World War 1, militancy was the most direct. Nations were preparing for war and arming themselves. Such saw the birth of the arms race. Between 1870 and 1914, France and Germany almost doubled the men they had in their army. Nearly every man of the army's age was a trained soldier. In 1906, Britain launched their improved military ship which they called the "Dreadnought." It was the most improved and Germany followed by launching a new warship. The rivalry worsened, the tension got high, and when a sign of war was triggered, all the great powers were fully prepared.

Nationalism dated back to the 18th century. Some people rose to fight for their personal rights, their land right, and self-interest. When European delegates from Prussia, Austria, Russia, and Britain met at Vienna for a conference, they made a declaration that left Italy and Germany divided. When Italy re-unified in 1861 and Germany in 1871, a new hunger and tension was born. How the Alsace – Lorraine territory got allocated to Germany left France unhappy, and they vowed revenge. Serbia and Austria-Hungary also developed nationalists who were against the ruling regimes that governed. All this give a push to the war.

Three major crises took place; two over Morocco colonization (1905 & 1911), and one on Australian Annexation in 1908. These triggered hostility among great European powers. All were ready to seek revenge, and when an opening presented itself, WW1 broke out.

Other Facts About World War 1

Besides World War 1 causes, there are other relevant fascinating facts to know. Below are some of them. 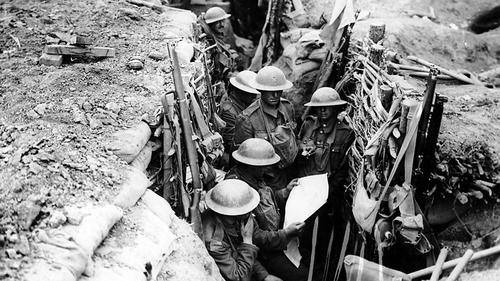 Since many soldiers were injured and blood transfusion was not time friendly, soldiers needed not to sit and transfuse blood, but be on the battlefield. In 1917 in the Western Front an army doctor came up with a blood bank idea. Blood was kept under ice, and sodium citrate was added to prevent coagulation or contamination.

Miners dug tunnels of about 100 ft, planted about 900000 lbs of explosives under 19 tunnels around the Germanic front in France. After detonation, the then British Prime minister heard the explosion while at his official residence of Downing Street (about 140 miles away).

Due to a need to contain the flow of information to the enemies and the outside world, reporting got banned. The causes of World War 1 were open and somehow different among all participants, so no country wanted untimely or unscrutinized reporting to compromise their military strategies. Only the war office was allowed to give details. Those journalists who risked a report, could (and was) executed for betraying the soldiers. Reporting was viewed as informing the enemy, thus betrayal.

There was no other communication, letter and parcel sending was the only ways. It is a surprise that even then, letters or parcels were sent and reached the battlefront in two days. By 1918, two billion letters (12M letters a week) were sent altogether.

Due to the many shrapnel injuries, a surgeon by the name Harold Gillies pioneered plastic surgery. It was to help injured soldiers since a single blast from shrapnel could see a soldier's face get ripped off. This was one way to save lives and a soldier's look.

One boy by the name of Sidney Lewis lied about his age joined the army, and fought alongside adults. Maybe it was to escape the impoverished lives at home or patriotism, but many underage boys lied and joined the army.

Whether the causes of ww1 were justified or not, facts are this war left more harm than good. Millions of people died, millions more were injured, an economic meltdown happened in addition to the fact that significant military and medical inventions got discovered. But it is good to know how things happened there; it is historical heritage.