6 Major Festivals and Holidays in China to Explore
TRAVEL /
by NATALIA PEARSON
/ JUNE 27, 2020

China has many traditional holidays, each with a long story to tell. The majority are based on legends and fairytales and are full of laughter and color. Chinese holidays are indeed occasions celebrated among all classes of society with equal joy and passion. Each holiday has been through the passage of time and has evolved into what it is today. 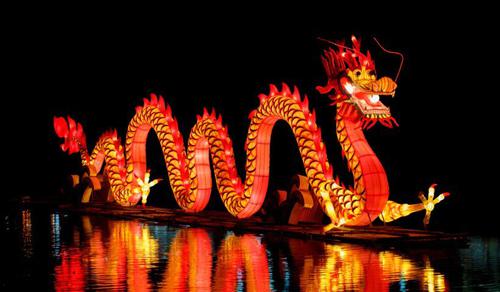 Beginning on the first date of the lunar calendar, the new year is expected on 5th of February in 2019. Among all the Chinese holidays, this is the longest one. You wouldn't believe the origin of this festival. Back in the Shang Dynasty, this festival was celebrated for the fighting of a monster named Nian, who ate children and livestock. People used the color red to decorate their homes to keep the monster away. Firecrackers were also used to expel it. Today, the fireworks don't repel any monsters, but they represent a celebration, and red is a sign of happiness and prosperity. This 15-day Chinese holiday is a time to enjoy family and catch up with old friends.

Since this festival signifies the end of the Chinese New Year, it is expected to be celebrated on February 19th in 2019. The Lantern Festival is full of life and color as many people come together to light lanterns and share lantern riddles. Those who provide answers to the riddles are rewarded with gifts. This day is also famous for traditional dances like the lion dance, where men imitate the movements of a lion in a lion costume. Imagine a grown man moving in a lion costume, what a sight! Lanterns fill the sky on this day twinkling like stars as the float upwards like clouds.

Scheduled on the 5th of April, 2019, Qing Ming Jie, also known as Pure Brightness and Tomb-Sweeping Day, is modeled after Jie Zitui, who cut off a piece of his flesh just to feed his exiled lord. On this day, many pay respects to their dead family and relatives to sweep their tombs and bring offerings of food and wine they loved while they were alive. This is how the lord later paid respects to Jie Zitui, who had already passed on by the time he had regained his power and wanted to return his debt. Kites are also flown on this day to usher in good luck. To make it extra special, lights are attached to the kites and the strings of the kites are cut so that they fly free in the sky.

legend of Chu Yuan, who died tragically for his beliefs. Every 5th of May in the Chinese lunar calendar, boat race along the various rivers from different sites all over China remembering the attempts of Chu Yuan's friends to save him from his death. Dragon boats are a large canoe with dragon-shaped heads and dragon tails at their rear that can sit a maximum of 80 paddlers, depending on the boat size. A drummer sits mid-boat keeping track of oar strokes. It is also believed that dragon boats bring good luck and repel evil. 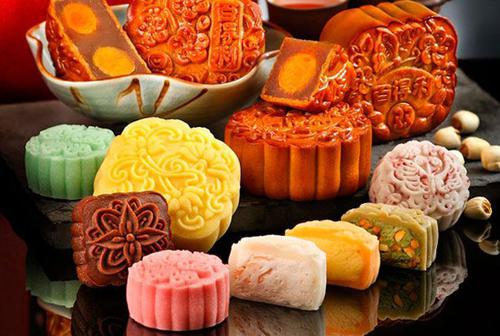 Every 15th day of the 8th lunar month in China is met with excitement and thrill, especially for romantics. The Mid-Autumn Festival is modeled after the tragic tale of a young hero who was rewarded with an immortality elixir after he saved his people. Torn between immortality and the love of his life, he chose to remain mortal to spend the rest of his days with his lover. However, betrayal was quick to come from a source he least expected. His disloyal apprentice took the hero's lover by force and forced the elixir upon her. Low and behold, one was left mortal while the other ascended into the ranks of the gods. His lover now lived on the moon and could only watch him from there in grief. One fateful day, he gazed upon the moon and chanced upon a figure that resembled his beloved. He took cakes and offered them to her, and that was the birth of the Mid-Autumn Festival. Now every year on this day, many watch the moon and share mooncakes under her gaze, still believing she is watching over them.

Are you a supporter of the People's Republic of China (PRC)? Then this is your peak of all Chinese holidays. Being the second largest holiday with its Golden Week edition, October 1st is PRC's anniversary. The Golden Week stands for the week-long holiday given to celebrate the achievements of the PRC. This week is full of different leisure activities and traveling. The National Day is of great cultural importance and patriotism reflecting the county's government. When China still had emperors, the National Day was held on the Emperor's birthday or on the day he ascended to his throne. However, since 1949, this day has been all about the People's Republic of China.

China's holidays are fascinating and filled with great culture and tradition. You should visit China for the holiday experience. Whether it is a Golden Week or the Dragon Boat Festival, you are sure to enjoy yourself and pick up a few new morals and values. You wouldn't believe what you would discover.