Overview of the Male and the Female Reproductive System
HEALTH /
by CHARLOTTE RIDEN
/ AUGUST 22, 2021

The Male and the Female Reproductive System

A woman's external reproductive parts have two principal roles: receiving sperms from the man during sex and the protection of the internal organs from infections. The external organs that make up the female reproductive system are discussed below. 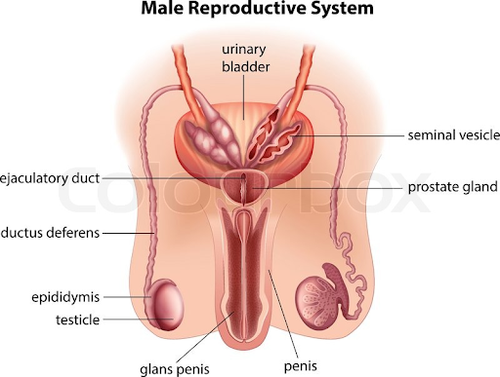 1. The external organs of the male reproductive system

2. The internal organs of composing the male reproductive system

The parts that compose the internal organs of the male reproductive system are commonly referred to as accessory organs. Vas deferens, prostate glands, the urethra, epididymis, and the seminal vesicles are some of the primary internal organs as discussed below.

Fertilization refers to the joining of an ovum and the sperm to form a zygote which is the first stage in the development of a baby in the mother's womb. The union of the male and the female gametes takes place in the fallopian tube after which prenatal development starts. The process of fertilization is complicated as it involves various steps before resulting in real human life. The point at which fertilization takes place in the fallopian tube is known as the ampulla.

Fertilization is a process in which a sequence of events must be followed starting with the act of copulation where sperms are delivered to the female body. An egg is dropped from the ovaries and sits waiting for a sperm to fertilize it for life to begin. Therefore, the process of fertilization starts with ejaculation during sexual intercourse which is followed by ovulation and ends with fertilization. During copulation, the man releases millions of sperms which then race and the fastest sperm fuses with the egg after producing enzymes that make it possible to penetrate through the jelly coat of the egg. The sperm plasma fuses with the egg's plasma and then the head of the sperm disconnects after which the egg moves down along the fallopian tube until it reaches the uterus. Sperms produced and delivered to the female body should be able to complete the journey of meeting the egg in less than 48 hours after which they die.

RELATED
← An Interesting Reaction You Can Do at Home: Vinegar and Baking Soda 6 Advantages and 5 Bad Effects of Using Smartphones →
SHARE